Franklin Arbuckle was born in Toronto and studied at the Ontario College of Art under J.W. Beatty, F. S. Challener
​and J.E.H. MacDonald. He taught at the Ontario College of Art, the Franz Johnston's Art School, Georgian Bay and at the Northern Vocational School. His work appeared in MacLean's and Canadian Art Magazines which resulted in him winning the Jessie Dow Award. His commissions include a thirty-two foot mural for the city hall at Hamilton; a mural for Shawinigan Water and Power Co. and the design for tapestries for the Royal Bank of Canada Building. He was married to artist, Frances-Anne Johnston who was the daughter of the Group of Seven member, Franz Johnston. 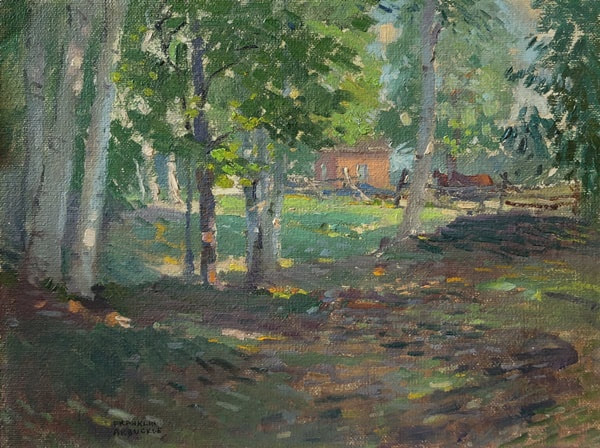