​Harold Beament was born in Ottawa and attended Osgoode Hall in Toronto
before and after WWI when heserved in the Royal Canadian Naval Volunteer Reserve.
He was taught by J.W.Beatty at the Ontario College of Art.  Beament became an established commercial artist
and taught at the Montreal Museum of Fine Art receiving the Jessie Dow Prize in 1935 at the Montreal Spring Exhibition.  His arctic subjects formed the basis for silkscreens produced by Sampson Matthews Ltd.
in the 1940's and in 1955 he designed an Eskimo figure on a 10 cent stamp for CPS.
He was president of the Royal Canadian Academy from 1964 to 1967. 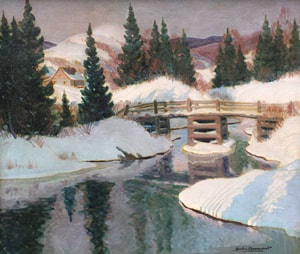 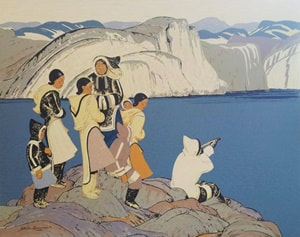