Paraskeva ​Clark was born in Russia and she studied at the “Free Studios”
formerly the Imperial Academy of Fine Arts (1918-1921).
She lived in Paris from 1913 until 1931 when she married Philip Clark and moved to Toronto.
Paraskeva was “a leading light” of the Toronto’s arts community in the 1930’s and 40’s,
publishing articles concerning the state of Canadian art.
She did not support the Group of Seven’s fascination with nature but felt that issues such as
​ political causes and social programs needed artists’ attention.
​Paraskeva's works have been represented by John A. Libby since 1983. 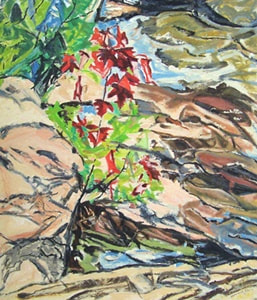