Joseph Hallam was born in Manchester, England and came to Canada at the age of 12.
He studied at the Ontario College of Art under J.W. Beatty, and privately under Frederick Varley of the Group of Seven. Later he would often sketch with co-worker and friend Franklin Carmichael as well as
other members of the Group of Seven.  He worked for the printing firm of Sampson-Matthews Ltd beginning in 1921.
During the 1930's he completed a series of paintings depicting historical sites and village scenes,
some of which were exhibited at the Canadian National Exhibition.
He taught at The Ontario College of Art from 1940 to1945.  Hallam’s work was reproduced by Sampson-Matthews. 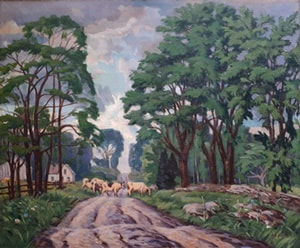 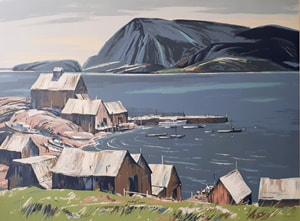