Bobs Cogill Haworth was born in Queenston, South Africa and studied
at the Royal College of Art in London, England and received her degree from the University of London.
In 1923 Bobs and her husband Peter Haworth moved to Toronto.
Her artistic talent was brought to the attention of the public during her participation in exhibitions of the CSPWC.
She became a member of the RCA in 1948 and was also a member
of the OSA, President of the CSPWC, the CGP and an Honorary President of the Guild of Potters.
She often painted with her husband Peter Haworth and other artists such
as A.Y. Jackson and was commissioned by the National Gallery of Canada to paint the armed forces at home.
In 1936 she was the illustrator of two books "Kingdom of the Saguenay"  and "Habitant Merchants".
She went on to teach ceramics at the Toronto Central Technical School.
Bobs was represented by John A. Libby since 1979.
​A booklet on the artist was published by John A. Libby.  See "Shop" on this website for details. 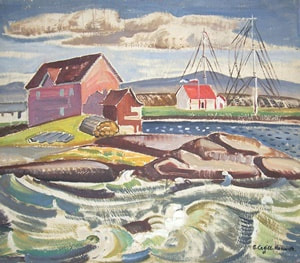 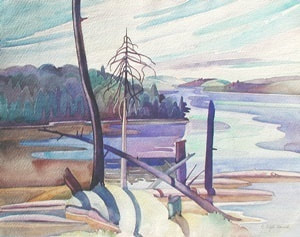 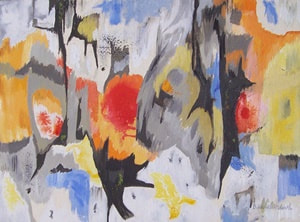