Peter Haworth was born in Lancashire, England and studied at the Royal College of Art,
London, England and received a degree from the London University in 1922.
He was awarded the Flying Cross as an Officer of the Royal Flying Corps.
He moved to Toronto in 1923 with his wife Bobs Cogill Haworth
and was the Director of Art at the Central Technical School as well as Instructor in design
and drawing at the University of Toronto in 1939.
Haworth was A Fellow of the Royal Society of Arts, England.
He completed commissions of stain glass for church windows and was commissioned
​ by the National Gallery of Canada to paint armed forces at home.
His works toured Canada in a show "The Canadian Group of Painters of the 1930's"
organized by the National Gallery of Canada.
Peter Haworth was represented by John A. Libby since 1979.
A booklet on the artist was published by John A. Libby.  See "Shop" on this website for details. 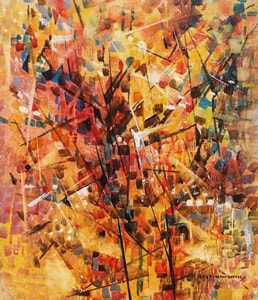 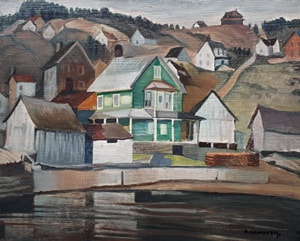 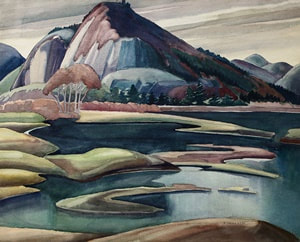