​Born in Manchester England Hutchinson studied at the Colchester School of Art
before coming to Tillsonburg Ontario in 1913.  He concerned himself with the social issues of his time.
He is one of Canada's most important printmakers.
His images were low editions and are of life in rural Canada and the struggles of people of the working class.
Some of his most powerful works were executed during the great depression of the 1930's. 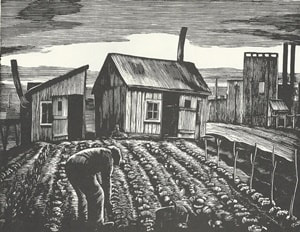 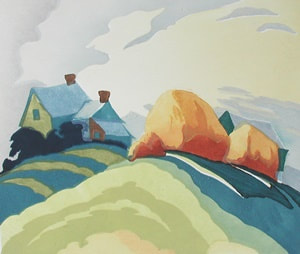 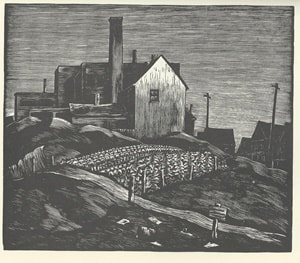