A.Y. Jackson was born in Montreal and in 1905 he traveled to Europe and back to the Art Institute of Chicago.
There he joined a commercial art firm before visiting France to study Impressionism at the Academie Julian.
When he returned to Quebec he was contacted by JEH MacDonald and soon after relocated to
the famous “Studio Building” with Tom Thomson and J. W. Beatty.  In 1919 he made his first “Boxcar” trip to
Algoma with J.E.H. MacDonald, Lawren Harris and Franz Johnston.
He was a WWI official war artist from 1917 to 1919, the President of the Beaver Hall Group
when it was formed in 1920, became an original member of the Group of Seven and was a founding
​ member of the Canadian Group of Painters.
He taught at the Ontario College of Art in 1925 and in the 40's he headed the silkscreen printing
for the Canadian Armed Forces project at Sampson Matthews.  In 1954 he was commissioned by the Canadian Pacific Railway to paint a mural for the interior of one of the new Park cars.
In later life Jackson moved to Manotick and went on painting trips with his good friend
and former student Ralph W. Burton.
In the 1960’s he moved into the McMichael Conservation Estate in Kleinburg Ontario. 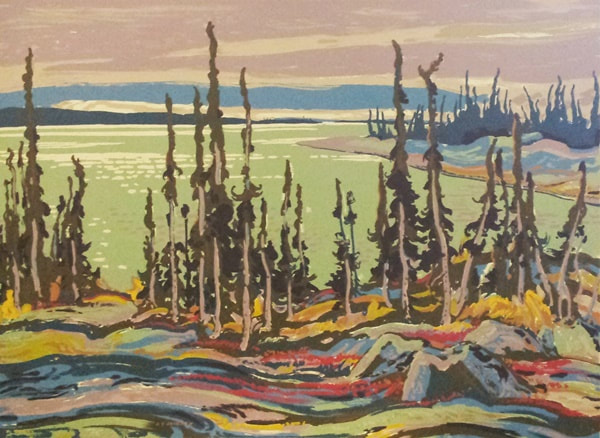 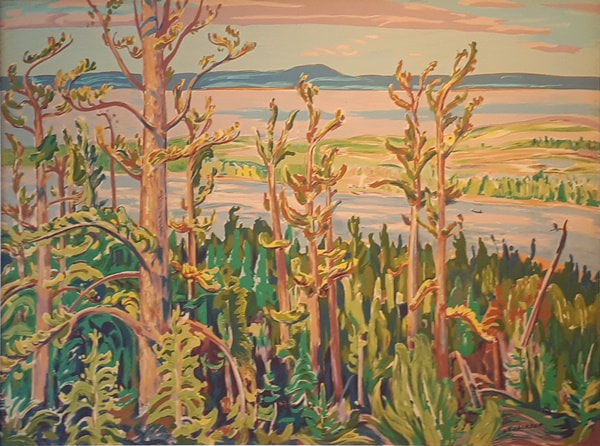 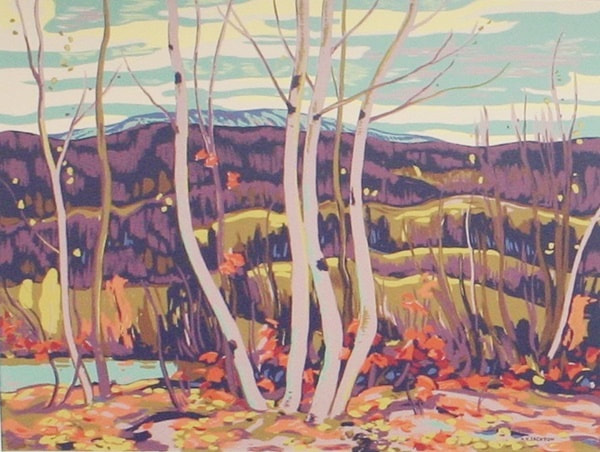