​​Walter J. Phillips was born in Lincolnshire England.
He studied at the Birmingham School of Art and in South Africa as well as Paris.
After working as a commercial artist in England he moved to Winnipeg Manitoba in 1913.
He was a resident artist at the Banff Centre (Banff School of Fine Arts)
in 1940 when he played an important role in the development of their visual arts program.
He was a member of the Royal Canadian Society of Artists (1933),
the Canadian Painters and Etchers Society, the Manitoba Society of Artists, the Society of
Gravers-Painters in Colour in England and ​the Society of Print Makers of California. 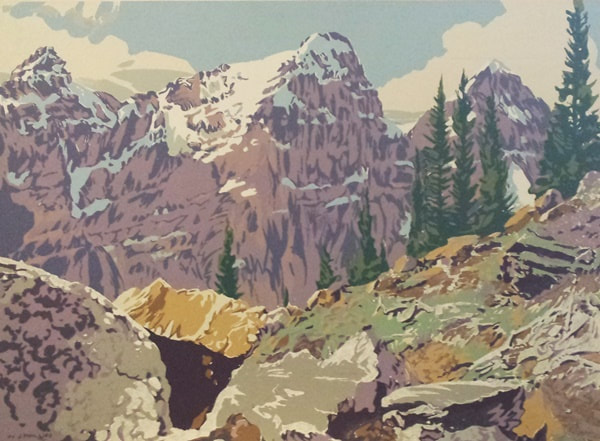