​Winchell Price was born in Toronto.  From a young age his art was catching peoples’ eyes and he
sold several paintings to some of his high school teachers.  He furthered his education at the Ontario College of Art under Fred S. Haines, Robert Holmes, Yvonne McKague Housser,  J.W. Beatty and G.A. Reid.
He was asked to submit some of his works to “Revue du Vrai et du Beau” magazine in Paris.
By the age of 19 he exhibited with the OSA.  He frequently exhibited at the Eaton Galleries, Toronto.
Later he decided to take ten years off from painting full time and when he returned
​ assembled 100 paintings for an exhibition. 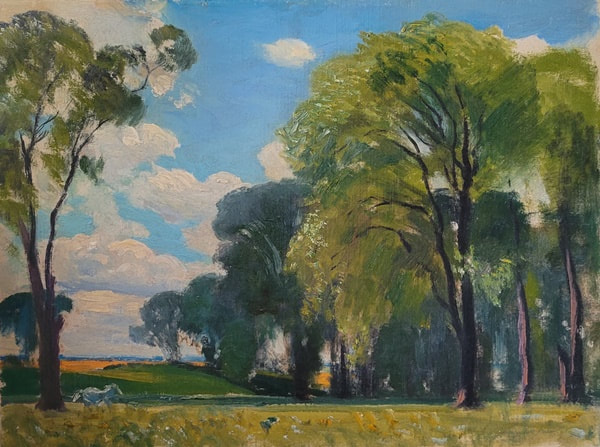