Carl Schaefer moved from Hanover Ontario in 1921 to study at the
Ontario College of Art under JEH MacDonald, Arthur Lismer, Robert Holmes and G.A. Reid.
He worked in theatrical and architectural design and taught at the Central Technical School (1929-1948).
He was director of art for the University of Hart House (1934-1940) and at Trinity College School in Port Hope (1936-1940).  Schaefer was an official war artist with the Royal Canadian Air Force (1943-1946).
After the second World War he taught at the Ontario College of Art until 1969.
Schaefer was the first Canadian to receive a Guggenheim Memorial Fellowship (1940)
​ which permitted him to study lithography at Dartmouth College in Vermont. 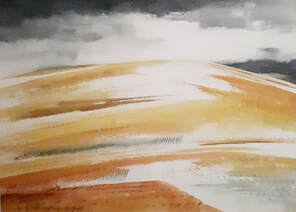 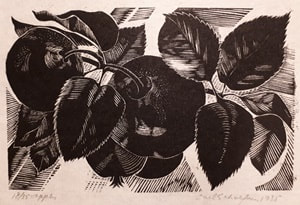